The Legend of Bob Kane I sit here at my computer, at 10:31 PST on a Saturday night, looking at the words upon my screen that you very likely see in front of you, right now. The tombstone of Batman contributor Bob Kane reads as follows:

ROBERT KANE aka BOB KANE. OCTOBER 24, 1915 - NOVEMBER 3, 1998. GOD bestowed a dream upon Bob Kane. Blessed with divine inspiration and a rich imagination, Bob created a legacy known as BATMAN. Introduced in a May 1939 comic book, Batman grew from a tiny acorn into an American Icon. A 'HAND OF GOD creation, Batman and his world personality the eternal struggle of good versus evil, with GOD's laws prevailing in the end. Bob Kane, Bruce Wayne, Batman-- they are one and the same. Bob infused his dual identity character with his own attributes: goodness, kindness, compassion, sensitivity, generosity, intelligence, integrity, courage, purity of spirit, and a love of all mankind. Batman is known as the "Dark Knight", but through his deeds he walks in the Light of a Higher Power, as did his creator-- Bob Kane! Beloved Husband, Father, Grandfather in Loving Memory.

There are probably few things that can bring forth the frustration in a well-read Batman fan, than Bob Kane being f**kin’ Bob Kane.

A long story short for those not in the know, Bob Kane was one of two names credited with the creation of the Dark Knight, the second being Bill Finger. Bill Finger was the feature of the 2017 documentary, ‘Batman & Bill’, which chronicled the efforts of Marc Tyler Nobleman to bring the true history of the creator of Batman to light, a well-known public secret for decades upon decades of the character’s long history.

Batman was not created by Bob Kane. He was not created by Bob Kane with Bill Finger. Bill Finger created Batman in 1939, featuring the assistance of writer and artist Bob Kane who would lend minor contributions to the initial lore, characters, and setting of the bat, yet would go on to be the one primarily credited for the character for the next 70+ years. Bob Kane and Bill Finger worked on the early Batman stories closely, but the name and attitude of the former would quickly push the latter out of any attempted spotlight. And Bob Kane’s rise to pop culture fame was more than enough to push him to entirely claim responsibility for creating the bat. He eventually went as far as to create false sketches for the original character in an attempt to keep that dominance.

Bob Kane lived a life of luxury and fame as a result while Bill Finger did not. Bill Finger struggled to live a humble life up until his death in 1974, which facilitated Bob Kane’s dominance and his sole-claim to the character’s creation for the next 25 years.

Now, all Batman productions are credited as ‘BATMAN CREATED BY BOB KANE- WITH BILL FINGER’. Bill Finger was responsible for every early defining feature of the bat from Robin to the Batmobile. In current years, he’s getting slightly better house recognition, but there’s still a long way to go. To end this little rant, I think we can aim for a higher note, and read his obituary, from ‘Amazing World of DC Comics’ #1.

One of the greats of the comic magazine arts died last February. Born Feb 8, 1914, in New York City, he attended Dewitt Clinton High school, where Bob Kane later studied. He became a shoe salesman, then met Kane at a party. The two began discussing comic mags, and Bob asked Bill to meet him later at Edgar Allan Poe Park to discuss a new strip he was developing. So Bill became the writer on Rusty and His Pals, in Adventure Comics. Later, the two collaborated on Clip Carson for Action Comics. Then, in 1939, came The Batman.When Kane began developing the mysterious crime-fighter, Finger had a finger in it. He suggested the hero's cowl, the nose-piece, and the idea of making him more mysterious by not showing his eyes. Bill wrote the first Batman story, as well as the first tales of Robin, The Joker, The Catwoman, The Penguin, Two-Face and many others. When Jerry Robinson came up with the idea of The Joker, Bill showed him and Bob a picture of Conrad Veidt in the Movie The Man Who Laughs; this became the model for the Clown Prince of Crime. Though best known for Batman, Finger also was the original writer for other heroes, including the Golden Age Green Lantern and Wildcat. He wrote many of the Robin stories during the Boy Wonder's solo run in Star-Spangled Comics (1947-52). Superman, Superboy, Challengers of the Unknown and Tomahawk were among his other DC credits. He also wrote for other publishers, including Quality (Blackhawk and other feature), Fawcett, and Timely (now Marvel, for which he wrote stories featuring Captain America and the All-Winners Squad). He also did some screenwriting, including scripts for the animated Superman TV show in the late 1960's. Bill's last three stories were written for editor Joe Orlando, but have not yet been published. One will appear soon in Weird War Tales. Few men have contributed to comics as much as Bill Finger. He will be missed by all of us. 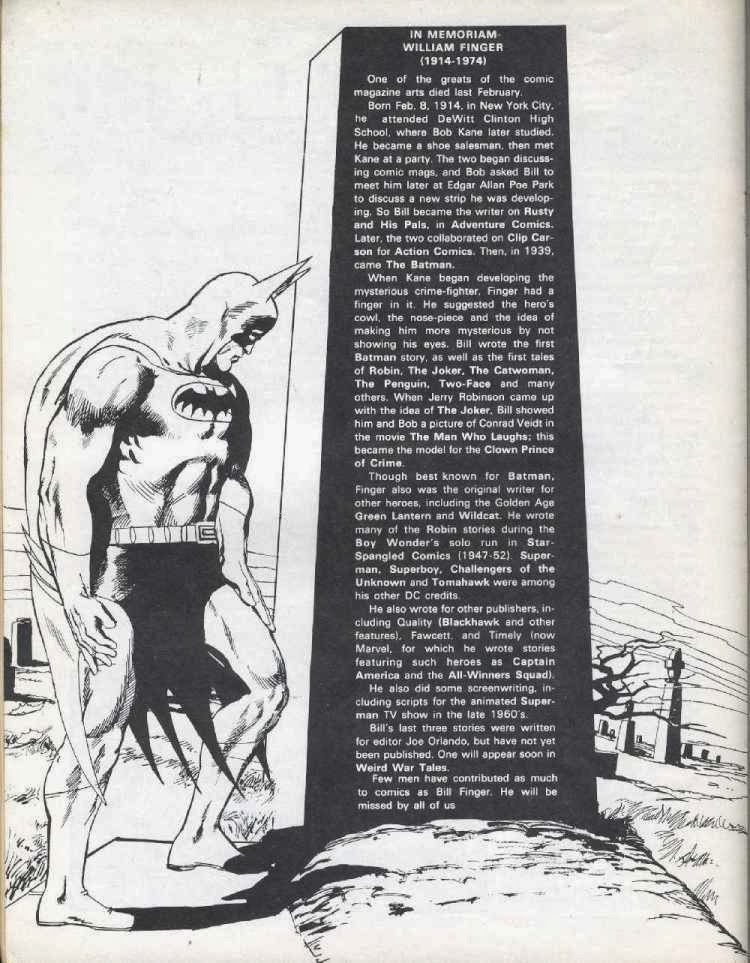 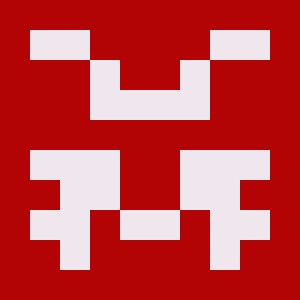 Reed has worked in the collectible comics industry for about 6 years, and has an even longer fandom and love of comics from far before that. If Booster Gold is in it, then they’ve probably read it. Reed uses they/them.
PrevPreviousMarried with Children